The Power of the Picture Book: Lesley Burnap

The Enduring Power of the Picture Book: Mike Mulligan and His Steam Shovel

Next February my dad will turn 78 years old. While I consider that a significant amount of time, there are things about my father which have not changed much over the years-the way he laughs, his dry sense of humor and his love for his family. One of my favorite picture books, Mike Mulligan and His Steam Shovel by Virginia Lee Burton was also “born” in 1939. Like my dad, not much that has changed about this book over the years. It has not been rewritten or redone, nor have any of its original pencil-drawn illustrations changed. Yet, nearly 78 years later, it endures.

What delights me about this classic book are the thoughtful, well-planned pictures. Although they are a bit dated (Popperville’s “fire engine”, for example), the pictures at once draw the reader in, and in the fashion of the “I Spy” or “Where’s Waldo?” books, allow your eyes to wander across the page searching for the artistic details that add to the written story. The limited color choice of the times does not diminish the illustrations, rather, they evoke childhood itself with their primary hues. The hand-drawn pictures coax emotion from the reader as we watch the actions of Mike, Mary Anne and, of course, the nameless little boy unfold before us. Notice Mary Anne’s expression when she and Mike stand on the ledge, witness to the fate of other steam shovels as they are replaced by the newer, more modern mechanical shovels. The reader cheers on Mike and Mary Anne as they race against time to complete digging the town hall basement, as more and more people come around to spur them on. You cannot help but be moved by these illustrations that add such depth to the storytelling.

Fans of this gentle book were perhaps initially attracted to the mechanical giant featured on the cover, however it is the theme of friendship, the special relationship between Mike and Mary Anne, that keep us returning to its pages. Throughout the story we learn that Mike was “very proud of Mary Ann (p. 3)”, and that they had been together “for years and years (p. 4).” The numerous, near-impossible tasks they complete together, from digging canals to the enormous cellars, showcase their hard work and dedication. They are not boastful; as the narrator notes on several occasions that it was “Mike Mulligan and Mary Anne and some others (p. 5)” who accomplished these great feats of civil engineering. It is the development of the relationship between Mike and Mary Anne that makes us care about them. The reader roots for Mike and Mary Anne as they test Mike’s theory that Mary Anne “could dig as much in a day as a hundred men could dig in a week, but he had never been quite sure that this was true. (p. 3)” Your heart stops when Mike and Mary Anne realize that they have dug themselves into the cellar of the new town hall without an exit. A smile crosses your face when the little boy suggests a change of occupation for both MIke Mulligan and Mary Anne and you know that everything will be okay.

Revisiting this beloved book to write this post for Picture Book Month has been like reliving a favorite childhood memory. Mike Mulligan and His Steam Shovel is meant to be savored and shared with a new generation of young readers. I predict a resurgence of love for “Mike Mulligan and Mary Anne and some others (5)” when author Sherri Duskey Rinker (Goodnight, Goodnight, Construction Site) and illustrator John Rocco (How to Train a Train) release their picture book biography of Virginia Lee Burton, Jinnee and the Big Machines (Houghton Mifflin Harcourt) in the fall of 2017.

Whatever your reason for coming into this well-loved story of Mike and Mary Anne, this children’s classic is ageless. We readers are like the end-of-story Henry B. Swap, waiting for Mike to tell us about another adventure with his beloved Mary Anne.

Posted by strohreads at 8:13 AM 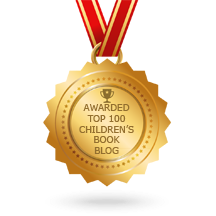